How do we win the Playoffs? 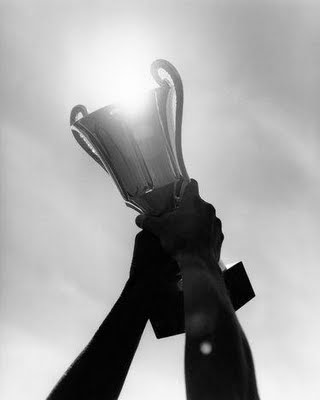 Few mornings ago, I was driving my car when I received a: "hello from The Light!", a reminder that we are surrounded by the divine if we open ourselves to it!

I was waiting for the traffic light to turn green, when out of some clouds, a ray of light hit my window and warmed my cheek like a soft caress.

Sounds very poetic?!...Let me just say, that it was a lot more than that!

For a few timeless seconds, I was no longer in Miami's traffic, I was transported someplace else, where the light was soothing and the love was felt all around, giving me an invisible hug!

Of course, before I knew, I was "back", happier and more relax though and with something to talk about.

Think about it: Did you ever experience such a moment?

When...Time and space, suddenly freeze and a feeling of Eternity takes place instead?!

Maybe it happened as you were in fusion with nature or, while sharing a special moment with someone you love?

It might also have come to you by surprise (just like me), maybe even while having an animated conversation that "suddenly held"... leaving everybody inexplicably quiet!

(I remember those silences from the time that I was a little girl!
Mamie Rose, my grandmother would say:"An angel just crossed the room!")

Today, however in our busy/frantic lives as we constantly surround ourselves with electronic sounds & vibrations (TV, radio, computer, cellular...), it is no surprise that many are deaf or under anesthesia, incapable to hear or feel the presence of The Light!

I believe that people like me: were-are-will be: "the normal", if only we were ready to activate our spiritual cable and reduce the other parasites.

For some though, the awakening of their souls will be a real challenge, but...What other choice do we have?

We can't stop evolution and what have already started!

We can't hang, (as it was done in the past), all the "eccentric souls in town", that remind us to look inside in order to find the Light and take responsibility to change what is happening in the world!

Sooner or later, we'll no longer be able to put our faith into false gods either. Money, power or fame can't prevent catastrophes or this inevitable transformation of our consciousness.

My Friends, the final game between: "The Light" (the endless force of sharing) & "the opponent" (any forms of Ego) has started.

The only valid question now is: How do we win the Playoffs?

As another great student of my beloved teacher said:" To win, It's time for us to trade what is seemingly important "today" with what is important "forever"!

As it has been said in so many places, the only thing that remains with us when we'll evolve from the physical realm to the spiritual one are our actions and consciousness!

Today, I'd like to dedicate this blog to all the beautiful souls past, present and future that devote themselves & fight to reveal the Light in this world.

Newer Post Older Post Home
Subscribe to: Post Comments (Atom)
IC (intuitive counseling) by Ilanit is a unique style of guidance that combines counseling skills with intuitive abilities.
By looking at life, through a "Spiritual Eye", you will reach a new level of clarity on how to tap into the potential of your higher self and transform any challenges into opportunities to fulfill your destiny.
Over the years, in many different places & languages, I gave guidance to individuals, couples and families seeking to improve their level of consciousness and reality.
In addition to a classic training in psychology, I have used "my gift" and spiritual tools like Kabbalistic Numerology & Astrology, Crystal & chakras Therapies...in that journey to share "The Light".
To schedule a meeting: 786-565-2772 ilanit.f72@gmail.com