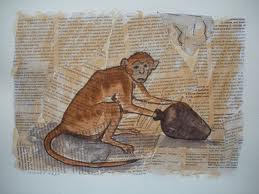 Although, in reality everyone has in its own thoughts about what freedom is.
Here, are some of the most recurrent definitions from the dictionary.

1- A state of being free, rather than in confinement or physical restrain.

2- The exemption from external control or regulation.

3- The right to express or think, one wants without hindrance.

For a slave, it means freeing himself from bondage.
For a teenager, escaping his parents  and / or teachers rules.
For a citizen of a dictatorial country, the ability to oppose its government and, so on...

To summarize it all: Freedom means for most, the power to overcome the limitations "someone" enforces on us, and preventing us "to be ourselves".

Now, as you may see, all theses cases have one thing in common, they always refer to an "outsider" as the cause of our misery and lack of freedom.

Moreover, when it comes to spiritual teachings such as Kabbalah, we learn (if we are open to this truth and its implications), that the only "Oppressive Force", which we must free ourselves from, is actually living INSIDE of us.

It is the source of all chaos appearing in our lives and unfortunately, we are blindly enslaved to it!

I am of course talking here about the egoistic force that drives us to do anything to get recognition, approval, respect & honors and which play with our most primal fears of abandonment, unworthiness, and other insecurities to control us.

A force, destructive overtime, which we're feeling somehow attached to.
After all, can we really imagine a life without: "The kick of a compliment?!"

As I was writing this words an analogy was "flashed' to me, and I'd like to share it with you.

Did you ever, shared moments in the life of a person after they've been diagnosis with high blood sugar?

Someone, who loves its "sweet" more than anything, even though "now" it might be killing him?

Well... In most occasions, even death, won't stop the craving! (or the use of tricks to get "the forbidden treat!" )

Even after knowing, how much this state of slavery is hurting us, and possibly being the cause of our falling, it is still terribly challenging to overcome it!

Like it is the case with most addictions, we must first admit having a problem, to have a chance at overcoming it and then, REALLY try, because LIFE depends on it, which reminds me of a story:

Do you know how a man catch a monkey?
He puts a banana inside a jar, where a monkey can grab it (but not remove it), he then comes with a pair of hand cuffs.
Sadly, as the man approaches, the monkey who could still run away by simply removing its hand from the trap, chooses to let himself being caught rather than letting go of the banana!

May we all, sincerely desire True freedom, and Free ourselves and the world from that enslaving force of chaos now and forever!

Posted by Ilanit Fridman, Intuitive counselor Med,Numerologist,writer at 9:07:00 AM No comments: