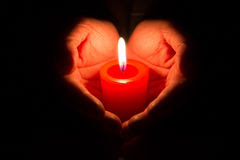 Like a computer working on a '1 & 0' basis, Life is fundamentally as simple as 'Light & Darkness'.

However, it is obvious that we tend to make it more complicated than it is, mostly by not being able to make a clear decision between the two.

And, the result  (Individually & Universally) can be devastating!

Now, although it is said that the humankind is closer in its essence and abilities to The Divine, Angels are always depicted as more powerful and connected than us, Why is that?

According to biblical studies, Angels are told to be intelligence energies, both, male & female standing on one foot: what does it mean?

Opposed to us, they embody the unification of both aspects of Creation (+ &-) and don't know about free-will.

Angels can only walk the 'Path of Truth' & follow The Light.

From it, we can learn that in order to create 'an Angelic World', where only 'Love & Peace' exist, we must all unify our consciousness and become Whole.

When a part of the body is ill, that area isn't the only one working to heal it, but the all system is somehow involved.

Moreover, when the world is infected with darkness, ALL Lightworkers must join together!

Spirituality is about recognizing the One true opponent, (the source of every single darkness that we see) & rallying around the One & Only Force that can help us overcome it: 'The Light Force of the Universe'.

Then, just like a candle, this unified Bright Loving Light will illuminate the world and will finally make darkness disappear.