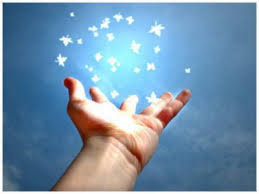 The story I'm about to share is like a fleshly baked loaf of bread which, I not only get to serve you - still hot from the oven- but also helped baked while wearing my special Lightworker's apron.

As you'll soon realize as well, it's the kind of story that says it all, by reminding us one essential spiritual law of the universe aka: "Letting go!"

See...one of the consequences of "being human" and have "a mind on our own" is the tendency to also being stubborn and controlling.

Let's face it: How many of us become obsessed and inflexible when they have something they want in mind?

Moreover, it's often that only when we are ready to let go do we allow the universe to work for us.

Either way, that the thing we want is meant for us or not, by surrounding ourselves to: "The Light", we finally create an opening to get unstuck and move forward.

In other words: "When we are letting go, The Light can flow and run the show".

How can it get any better than this?

Read this true story, and decide for yourself!

About a month ago, one of my "closest Friend" started searching for a new apartment knowing that at the end of May her contract would be over and that she would not renew it.

As the search went on, not able to find what she was looking for, she grew more and more frustrated each time I spoke with her, and even though the message I had received for her was very reassuring it didn't seems to ease her state of mind.
As I was guided to tell her since the first time she had mention the situation to me: "Everything has a timing and last resource, I was told that she could ask to stay in her actual place for another month and it would work just fine"

Won't you feel better, knowing this?

Well....Apparently it wasn't enough and mostly because it wasn't the plan!

Nevertheless, I kept on telling the same thing to her, until finally a week ago-one week away from the end of her lease-she decided to let go and talk to her landlord who asked for a day or two to think about it!

Now, can you guess what happened during that time?

The landlord accepted to let her stay another month, which would not be necessary since she had finally found "her place" and is actually moving in as I share this story with you! 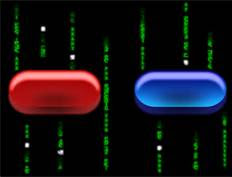 Did you ever wish you could live in a place where you'll never fear to be hurt by anything or anyone?

For a while, I would visualize myself joining some sort of "monastery", devoting my time to  "Godly labor".

I wasn't afraid to disconnect from all physicality and luxury of any types and, working hard was certainly not an issue... as long I could have some peace of mind, at the end of the day.

For years, believe me, I thought about it...However, I never did it!

Somehow, there was always a little voice inside of me whispering to my ears: "This is not the way to do it!" (At least not for me)

So....Even though my early experiences in life was -without a doubt, far away from being that peaceful, it was actually what was meant to be!  And as Rabbi Zusha, also known as one of the most humble Kabbalist used to say: "Everything was for the greatest good!"

Actually, It's only years later, when I dived into the study of Kabbalah that I was finally able to truly understand it.

See...Most people in the world, including myself, -without a proper teaching- are naturally looking to avoid pain at all cost, and will do anything to skip challenges, even if it means to miss the fulfillment that it brings when we overcome them!

As a matter of fact, instead of becoming some hermit, Kabbalah is teaching us to face our fears because "The light of fulfillment" that we're all looking for, is locked into those challenges.

What a beautiful discovery! Isn't it?

Well...Truth is: Embracing our destiny requires often time lots of courage and the choice between "staying or running" isn't that easy!

So...Next time you feel to runaway, next time you struggle between taking "The Red or The Blue pill", remember that it might not be easy but it is doable!

Heroes are not born, they're made!

When life gets rough, remember as it said: "God will never send a challenge our way, that we can't handle!"

Posted by Ilanit Fridman, Intuitive counselor Med,Numerologist,writer at 10:53:00 AM No comments: