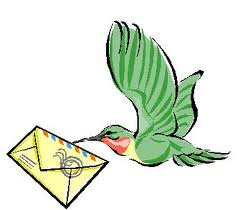 The other day, my daughters came back home from Hebrew school singing a tune that I had learned at their age too.
This melodic interpretation of a biblical scripture goes like this: "The Light (Hashem, G-od, the Lord...) is Here, The Light is There, The Light is truly Everywhere!"

The Bible is well known for being a code, with multi facets and hidden meanings; some verses just like this one can actually take a lifetime to study.

As Rav Ashlag, the first most "revolutionary" kabbalist of the 20th Century said:" For one handbreadth revealed, two others are concealed!"

Bottom line, there is never an end to how much we can learn from this verse and obviously from life... which I thought was the perfect introduction for this new edition of "Intuitive Counseling by Ilanit".

For those who are open minded and willing to learn and transform: he/she will receive divine messages from different places, in various forms.

As the song introduced previously continue in its chorus:" Up, Down and All around, that 's where The Light can be found".

Beautiful! However it does raise some burning questions!

How each one of us with our limited "vision" and "hearing" abilities (let's not get upset here, it's only scientific facts) gets to recognize and understand those divine messages?

Do we get some kind of nudges saying: "You've got mail!" with perhaps an additional translator program?

Well...It's not that simple, yet there is a few rules that can help us here.

Rule #1: Sincerely desiring the answer
Initially, when I started to meet with people, I didn't want to believe what psychologist as well as spiritual workers were saying and then realized it on my own:" It's easier to stay the same than change" and...it's not due to a lack of messages.

Rule#2: Be ready to let go
What we want is not always what we really need and certainly not always what is the best for us.
The Ego desire can be pretty persistent and can disguise itself very well too!
Should I detail on this one or your own life experiences supplied you with enough explanations already?!

Rule #3: Be without preconceptions
We never know, how, when or from whom the messages will come.
This blog for example was named after a movie with the same title: "You've got mail".
In this very light romantic comedy, the leading lady character realized at the end that her "worst challenger" happened to also be her secret most devoted "e.messenger-love-mate"!!!

"The Light is here, the Light is There, The Light is Everywhere! Up, Down and All around that's where It can be found!"

Newer Post Older Post Home
Subscribe to: Post Comments (Atom)
IC (intuitive counseling) by Ilanit is a unique style of guidance that combines counseling skills with intuitive abilities.
By looking at life, through a "Spiritual Eye", you will reach a new level of clarity on how to tap into the potential of your higher self and transform any challenges into opportunities to fulfill your destiny.
Over the years, in many different places & languages, I gave guidance to individuals, couples and families seeking to improve their level of consciousness and reality.
In addition to a classic training in psychology, I have used "my gift" and spiritual tools like Kabbalistic Numerology & Astrology, Crystal & chakras Therapies...in that journey to share "The Light".
To schedule a meeting: 786-565-2772 ilanit.f72@gmail.com